“The journey of “Globos” begins in 1895. Ten-year-old Giannis V. Zoitopoulos, orphaned by his father, leaves for Cairo, where his uncle Dimitris Zoitopoulos had a large tavern. There he was introduced to the secrets of the tavern and wine.” “Glombos” is a private wine cellar and is located in the city of Volos. The interior spaces of 250 m2 cover two floors, the ground floor and basement. The capacity of stainless steel tanks and barrels of the wine cellar are about 100,000 liters.
The modern equipment of our Winery such as the underground cooled barrel cellar, the refrigerating unit, the temperature control automation, new barrels (about 200) built of Mount Athos chestnut and French oak, along with the cooled stainless steel tanks and the inert gas system in combination with the principles and technique transferred generation to generation for over 100 years, guarantee the “take-off” quality of the wine produced by an aviator – winemaker.
The owner Dimitrios Ch. Zoitopoulos and the members of the family of “Globos” welcome you during the opening hours of the Winery located in the same place.
An open invitation  – a challenge for every wine lover to visit and taste our wines. The journey of “Globos” begins in 1895. Ten-year-old Giannis V. Zoitopoulos, orphaned by his father, leaves for Cairo, where his uncle Dimitris Zoitopoulos had a large tavern. There he was introduced to the secrets of the tavern and wine.

In the 10’s he came to Greece as a volunteer in the Greek Army and after his dismissal he opened the first tavern in Volos, at the corner of Kritski and Alexandras, with the name “I Makrynitsis Square”. The store was rented by the Sofiadi family. Today there is a hundred-year-old plane tree on the spot.

In 1939, at the corner of Kountouriotou and Aristotelous, our current position, Giannis Zoitopoulos, realizing his dream, completes the construction of his privately owned new tavern. Stone building with an underground cellar under the hall with the wooden floor, the courtyard with the traditional hand pump and the house above. The name of the tavern “Globos”, which was also the nickname of Barba Giannis due to his baldness. The night after the end of the opening day, the beloved “Globos” passed away!…

The origin of the wine in the tavern: “red” of the family from Lestiani vine but also “caïquien” from Glossa when the first one was running out, and retsina “moustia” from Evia, mainly from Karystos and Gialtra.

In 1946, Giannis’ brother, Dimitris V. Zoitopoulos, and his family moved from Makrinitsa to Volos and took over the operation of the tavern.

From 1946 and after completing his military service in 1953, the soul of the tavern becomes Charalampos (Bambis) Zoitopoulos. A gentle and sweet person who mingled with people has accumulated a thorough empirical knowledge about the wine. In 1989 after his retirement the winery’s activities were limited to wine, under the name of his wife Georgia. Bambis nevertheless remained the soul until his death in 2002. In 1994, in place of the old building, the family built a new one with more space and a winery with a large underground cellar.

Dimitris Ch. Zoitopoulos, son of Babis and “born in the wines”, after his retirement from the Greek Air Force, which he served as a Flying Officer in fighter jets, took over the business and continues the work of his predecessors, inheriting the tradition. of the family in wine.

In 2014 we completed the first bottling wine at our modern winery in Volos.

Today, “Globos”, stepping on the unshakable foundations of three generations of deep knowledge of wine, barrel management and maintenance, long-term professional “life relations” with winemakers and consumers, has evolved into a modern winery with the rare peculiarity of being in the heart of a modern city (Volos). With its doors open all year round, our people welcome and guide with pleasure whoever wants to, in the premises of our winery. 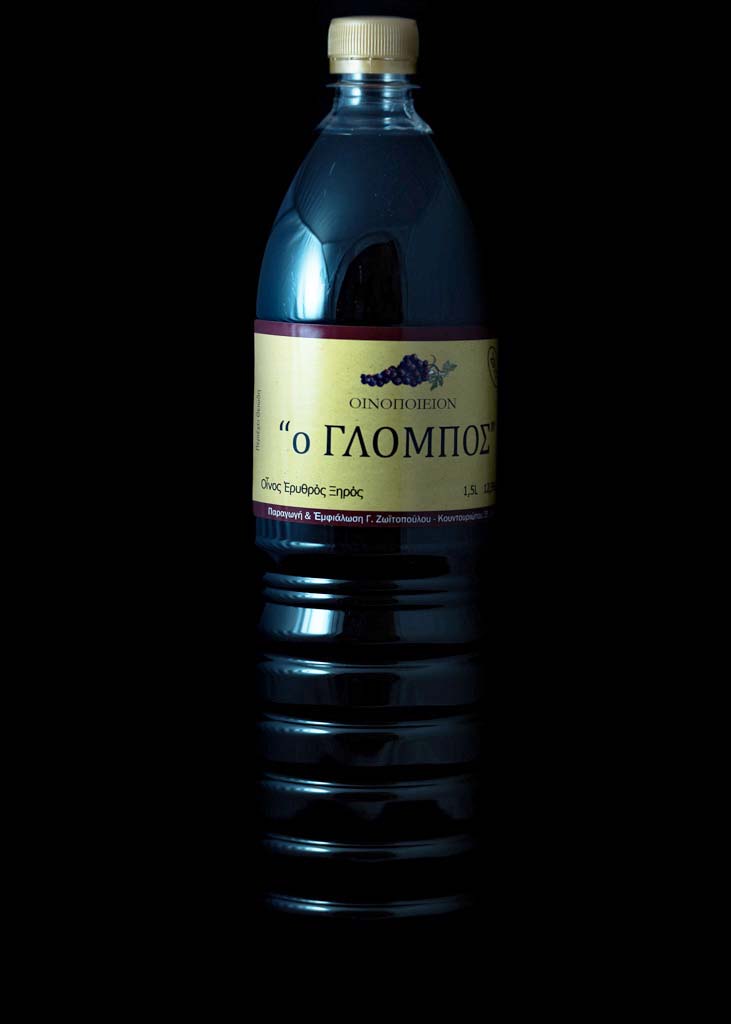 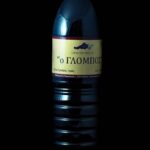 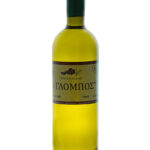 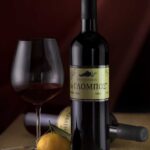 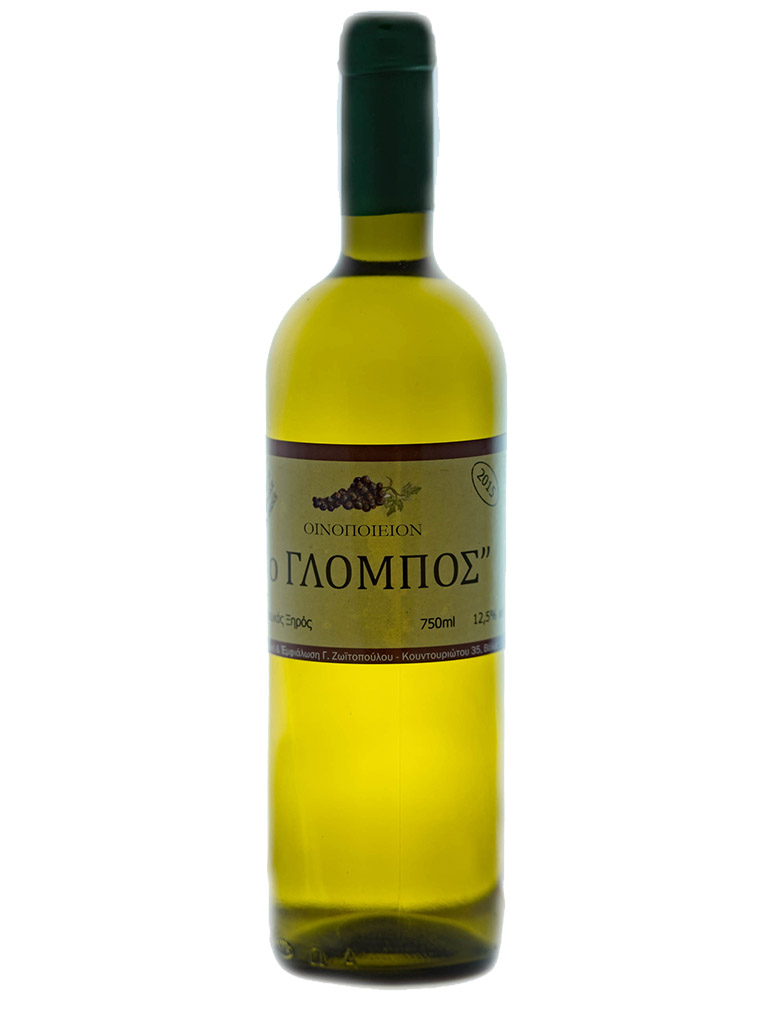 The first grape must and first pressings, in closed pneumatic presses, of the Savvatiano from Karystos are clarified then transferred to the underground storage space of our winery where fermentation takes place under precise temperature and humidity control.

After racking, the young wine sets on fine lees so that we get a lively liquor, concerning the acidity, yet rich in the nose and mouthfeel. The first grape must and first pressings, in closed pneumatic presses, of the Savvatiano from Karystos are clarified then moved to the underground storage space of our winery where fermentation takes place in wooden barrels, with the addition of selected natural resin obtained from pinus halepensis (commonly known as Aleppo Pine) from Evia, under precise temperature and humidity control. These barrels are hermetically sealed before the alcoholic fermentation is completely over so that the quantity of carbon dioxide released is absorbed by the wine. Then, as the young liquor sets on lees (sur lie), it gives us a lively wine, concerning acidity, with the aromas of Savvatiano discreetly combined to those of the Pine.

Selected Muscat Hamburg from Thessaly vineyards and Merlot from Viotia are gathered in small plastic containers at the winery before being destemmed and directed to stainless steel tanks where fermentation takes place under precise temperature and humidity control. The extraction and remontage processes last as long as it is needed for us to get the most intense colour combined to the required tannins. After the fermentation is complete, the young fruity medium-bodied red wine with the soft tannins slowly ages.
An easy to drink red wine with aromas of grapes, mellow acidity and velvety tannins. 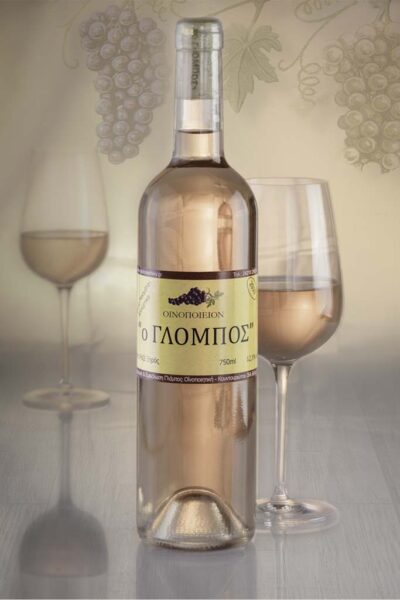 Selected Muscat Hamburg from Thessaly vineyards and Merlot from Viotia are gathered in small plastic containers at the winery before being destemmed and directed to stainless steel tanks.
After12-18 hours of extraction at low temperatures, the clarified must is directed to stainless steel tanks where fermentation takes place under precise temperature control.
The resulting product is a rosy higly aromatic wine with a light body and medium acidity. 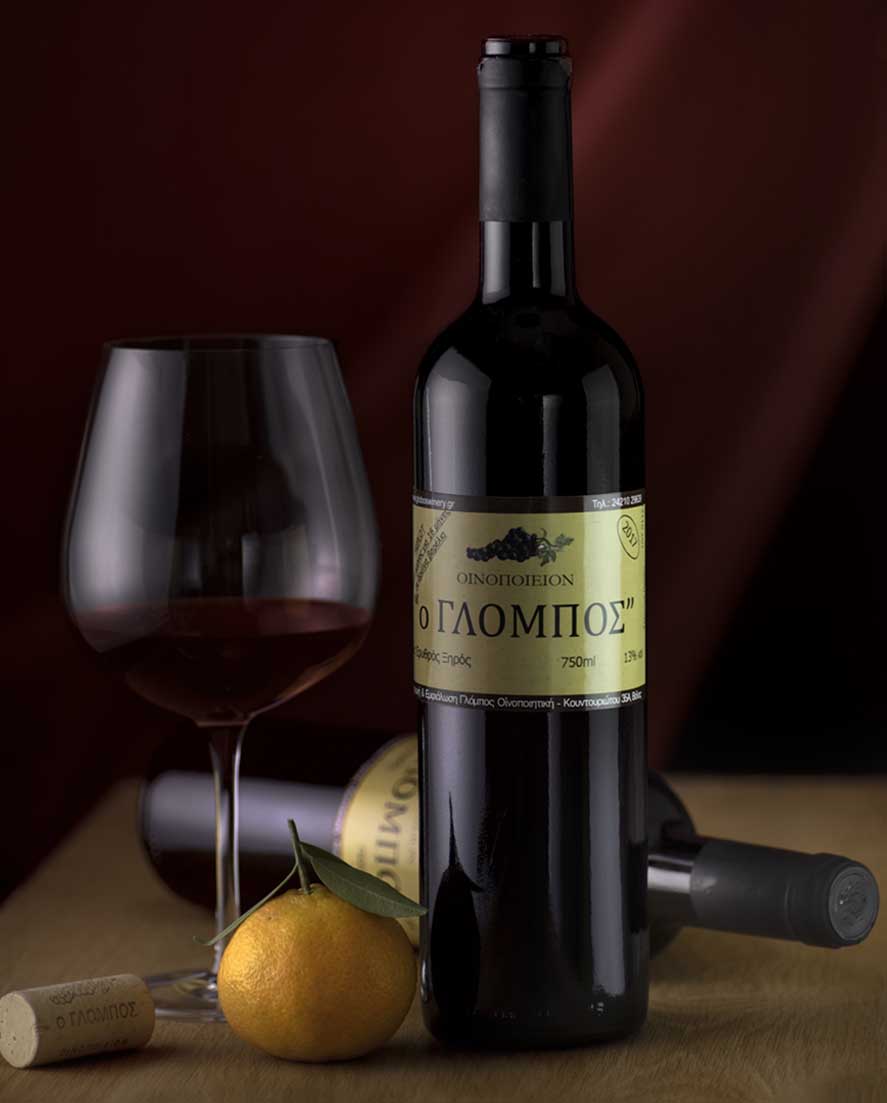 At their best ripening time, Merlot grapes are transferred into small plastic containers, not completely full so that the berries remain uncrushed, on the same day at our winery. Once destemmed, they are moved to stainless steel cooling tanks.
The extraction, remontage and cold soaking processes last as long as it is needed for us to get the most intense colour combined to the required tannins so that the resulting product is a balanced deep red wine with all the characteristics of the Merlot variety.

Available, while stock lasts, in botlles of 0,75L. 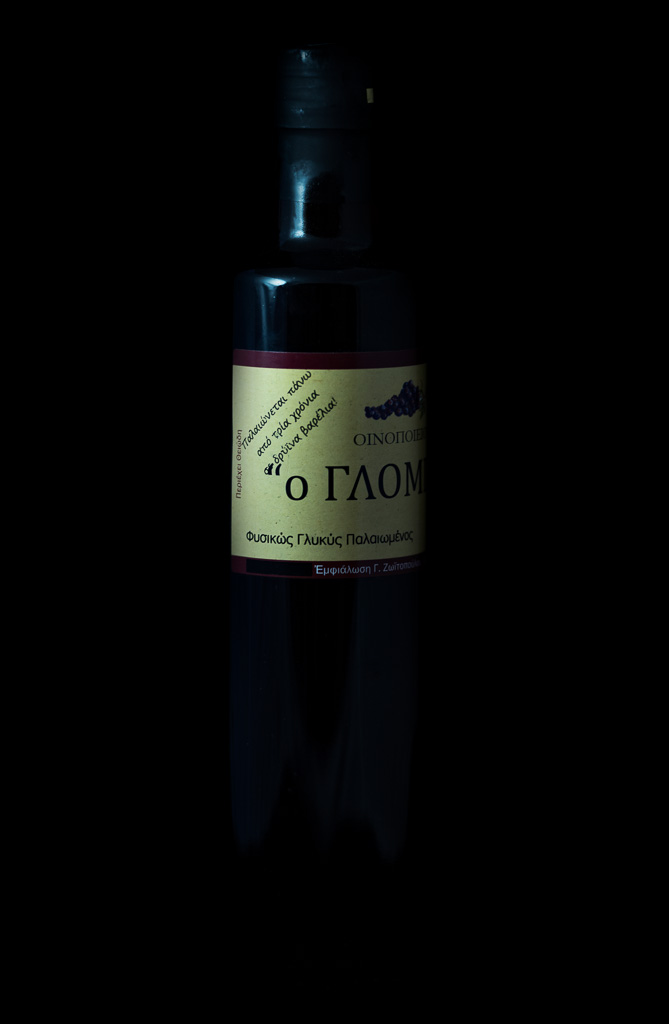 In the area of Karystos, semi-aromatic Grenache Blanc grapes, overripe on the vine, are picked και laid out in the sun for about 10 days so that they become dessicated and have their sugar levels increased at 380-400gr/L. After their juice has been collected through pressing, they slowly ferment in wooden barrels. Once their alcohol content reaches 16%vol, yeasts become exhausted and fermentation stops naturally.

The very slow oxidation process, during the maturation phase for three years in old oak barrels, gives us a rich copper-coloured dessert wine with intensely sweet taste and complex aromas which balance its strong acidity.

Availablle in glass bottles of 0,5L.